According to our iPhones 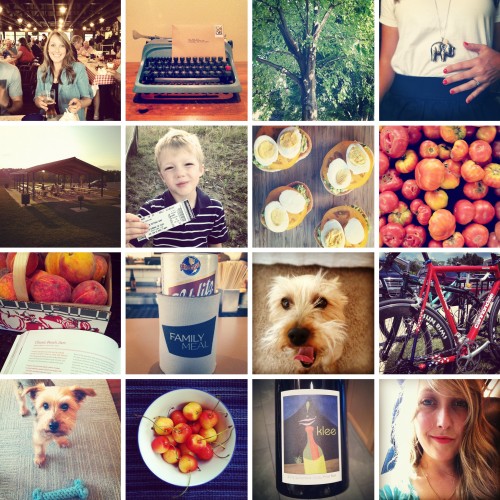 This summer is flying by much too fast.

Do you take time off to avoid burning out?

Recently, I read an article in Runners World that advocated taking a little time off… and commenced to roll my eyes.  Time off is something no runner really likes, because inevitably, time off means taking a step back in your training.  It means slowing down, losing distance… and having to face the long hard road back.

But then I thought about it, is one step back maybe worth it if it results in two steps forward?

The author argued that forcing a scheduled break (for him, it was the whole summer) had kept him from burning out… since the rest of the year was spent training so hard.  The best part of the break was that by the time the summer was done, he could barely contain his desire to get back out there.

I realized that, in many ways, I already do this.  Because I’m a big old wimp and the summer heat kind of wrecks me, I usually slow things down.  We tend to train for and run the shorter races during this time… and once the summer is over, I’m craving the distance again.

Do you take breaks from the things you work hard on to avoid burning out?  I can think of a ton of examples that don’t involve running at all.

(Actually, I’ve employed this strategy a couple of times along the wedding planning road.)

Photo: From my first marathon… in the middle of winter.  What can I say?  I like to run in the cold.

It’s Friday, it’s not raining, the Olympic Opening Ceremony is tonight, and I have two brand new bathing suits in the mail that are just dying to spend the entire weekend by the pool.

That’s me.  Hope you’re looking forward to the weekend just as much as I am!

Here are a few things I’m loving this week…

How cute is she? One more reason to brush up on my French, so I can read her blog.

I need this in my house.

Happiness for your walls.

Why does it get harder and harder to make good friends as you age?

The average cost of getting married.

The Best Peach Jam Ever 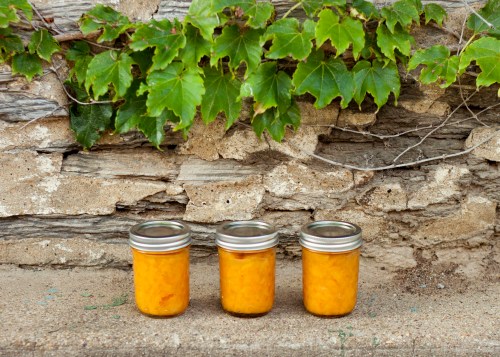 Oh my gosh I am so proud of those little jars up there.

This was my first time canning and my very first jam.  And because all that wasn’t complicated enough, I decided to do the whole thing without pectin.

There were no guarantees here, folks… none whatsoever.  In fact I was pretty sure it was all going to turn into a big runny unsealed mess… ruining the piles and piles of gorgeous peaches that I kind of wanted to keep around forever just for the smell… our house was like heaven.

But I went for it anyway, and after about two hours of peeling those beauties, it’s okay, I was a little less sentimental.

And minus the whole peeling thing (which, by the way, is much easier to do if you use this method… but let’s not fool ourselves, it’s still no fun at all) I was happy to find that the whole process went pretty smoothly!

END_OF_DOCUMENT_TOKEN_TO_BE_REPLACED

Oh you guys… the gorgeous simplicity of this wedding really gets me.  A gorgeous location, a stylish bride and groom, and the most joyful guests… there is truly nothing better, and nothing more you need. 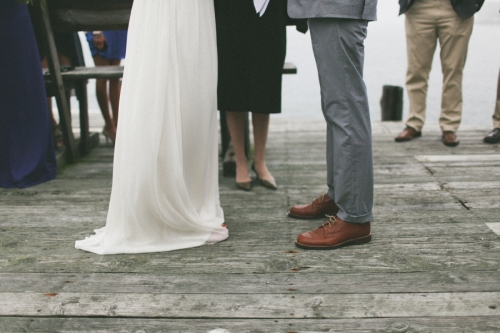 Except maybe a little neighborhood bike ride.  Tell me — when have you ever seen a cuter group shot? 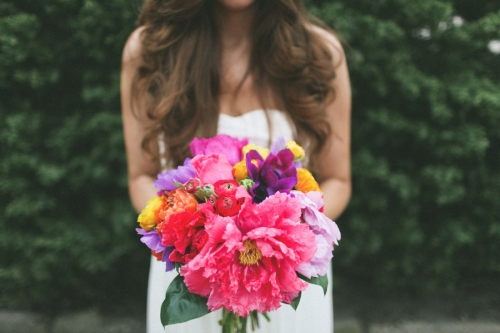 I can’t thank Buddy and Autumn’s photographer enough for sharing these shots.  They really made my day! 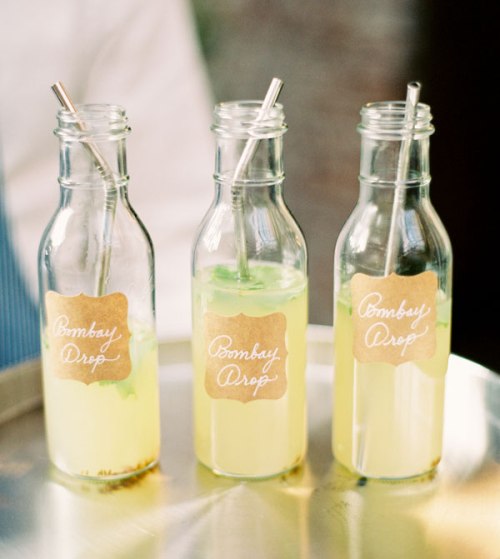 Actually, it’s a little embarrassing just how much I’ve managed to obsess over calligraphy these past few months… something about this one little element of design manages to bring out the crazy like few things can.  Colors, materials, big letters, small letters… I tell you, I’ve found things to obsess about that no sane mind ever should.

But I’m happy to report that yesterday, I officially boxed everything up and sent it off!  Soon, our invitations will be ready to go, our place cards perfect, and our table numbers set.

Calligraphy is far from a requirement at any event, but I, for one, just can’t get enough of it.  I swear I would calligraphy everything if I could.

What about you?  Do you love it just as much?

And would you still obsess over the details?  Even though someone else is taking on the bulk of the work… and it’s basically guaranteed to be gorgeous, even if you don’t obsess at all?

Ya… that doesn’t work for me either.

Do me a kindness and fill out my survey?

I know I’ve been making a whole lot of promises this year, big plans and such, but I swear to you (really) that they weren’t empty.  In fact, in just a couple of weeks I’ll be embarking on a major redesign of this little blog… and I’d love to have your input before I do.

So I’ve put together a super quick survey, and I would love it if you would take just a few minutes and fill it out with as much or as little detail as you like.  It’s totally anonymous, so you can be (and I hope you will be) candid.

Without the honest input of my readers, this would all be a pretty selfish endeavor.  And who really wants that?  You make this blog what it is, so I hope you’ll take just a few seconds (I swear, it’s short) and let me know what you like, what you hate, and what you’d really like to see in the future.

Thank you for everything, and happy Monday!  I hope your week is getting off to a good start!

So tonight is my 10 year high school reunion… and, sadly, I won’t be there.  All of this planning plus a few unscheduled trips adds up to zero extra anything, so there was just no way we were going to be able to get our little bottoms back to Oregon for the weekend.

And that’s totally okay.  This year has been – and is going to be – so crazy good that I couldn’t ask for more… and I’ll be there in five years for 15, I promise.

But oh how I am missing my Oregon today… crisp summer mornings by the river, nights on the dunes, the freshest air and a cool breeze that I swear just does not blow the same anywhere else… this is the absolute best time to be in my home town.

Did you/will you go to your high school reunion?  Or does that kind of thing sound sort of awful to begin with?

Whatever you’re up to, I hope your weekend is full of fun!

Here are a few things I’m loving this week…

Tec and Chelsea Petaja for Kinfolk.

This is decidedly not on the diet… mmm.

These cotton fouta towels, on sale (I bought a few to use as blankets in the evening at the wedding!).

I kind of want to build a fort now.

Would kill for this.

Gin or whiskey? (My two faves.)

Can you believe it’s been one whole year?  I started this little blog with a confession on July 19, 2011, with nearly a year and a half of wedding planning ahead.  I shared some of my favorite things, told you all about Mark’s amazing proposal, and chronicled my ups and downs.

We figured it out together.

Planning this wedding has been a wild ride, and I can’t say I’m entirely sad that it’s almost done.  It’s been a ton of work, but most of all… when the end comes, I’ll be married to my favorite guy… and that’s the best part.

More than anything, on this little blog anniversary of mine, my heart is so full of thanks for all of you.  Thank you for sticking in there as I’ve felt my way along, learning by doing and not always getting it right… but definitely always trying to improve.  Thank you for your support along the way.  I could never have known when I started this blog how many amazing people I would meet, and how much happiness those people would bring.

I have some big plans in the works for the future of this little project of mine, and I hope you’ll continue along for the ride… and always let me know what I can do to make this as much fun for you as it is for me.

Thank you for all of your kind words, yesterday and always, you have no idea how much it all means.

Here’s to the start of a second year, and a long future ahead!

We took these shots in what has to be one of the most beautiful, but totally deserted, spots in Agoura Hills (meticulously scouted out by our photographer, Steve Steinhardt, who I swear read my mind) in between cake tastings, food tastings, and a million other little details and appointments.  After all, we had just one trip out to California to get everything down.

With all of our prepping and planning still swimming in my head, I was worried that slowing down and posing for the camera might feel awkward (then again I’m not sure I really need the added stress to feel awkward posing… that’s kind of a given) or something might go wrong, but I think it’s pretty obvious from a few of our shots, laughing my butt off (oh man, if only I could bring myself to share the outtakes… I was in full form, that crazy laugh of mine) that we had a ton of fun.

Within just a few snaps, Steve had us laughing and totally relaxed… and honestly, the whole experience kind of felt like a little getaway from the hustle and bustle of our trip. 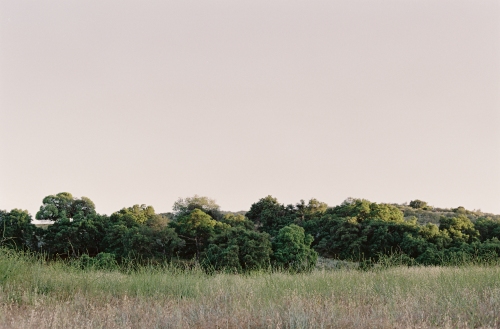 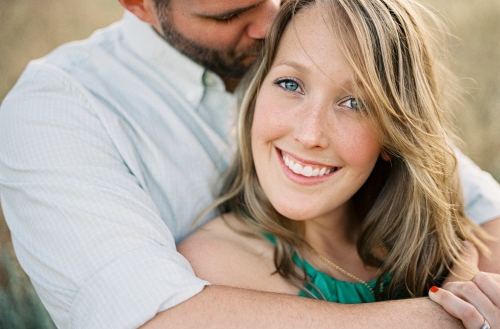 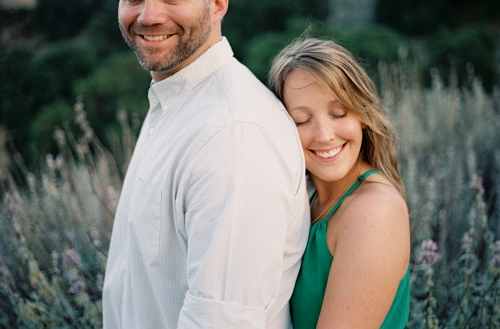 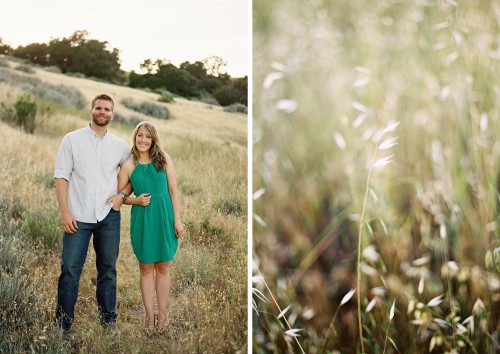 Thank you to our amazing photographer for capturing this happy little moment in our lives.  I know, without a doubt, that we will cherish these shots forever.

And just in case you missed it, be sure to check out part 1.