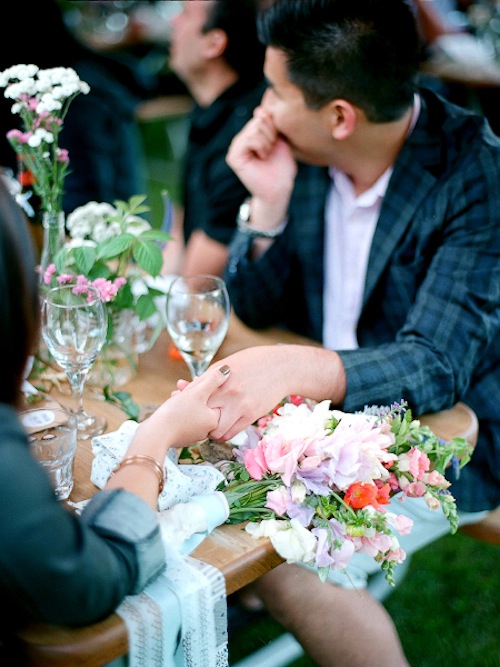 Stefanie and Paulo’s intimate backyard barbeque was as simple and as beautiful as they come. The bride, a wedding photographer herself, and the groom, a musician, took on much of the work themselves, and supplied a ton of fun props for friends to play with throughout the night… which made for some pretty great shots.

Of course, those awesome shots are made all the more awesome by the fact that the wedding was shot in film.

You know what a sucker I am for film.

The wedding was shot by Kristina Belkina, and shared with A Thousand Threads by second shooter Kirill Bordon, whose work is featured here.

Thank you, Kirill, for sharing these beautiful shots!

The Rich History of Wedgeport 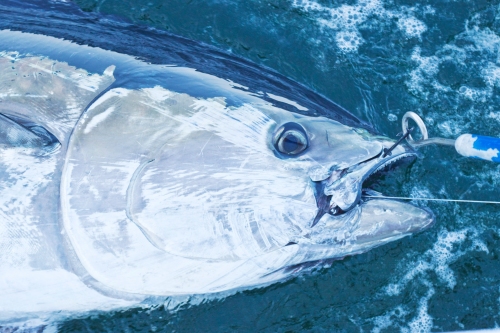 While in Nova Scotia, we learned all about the rich history of Wedgeport, a now-sleepy fishing village that, once upon a time, hosted celebrities, trail-blazing fishermen (and women) and as many as twenty-eight different countries during its annual International Tuna Cup.  The match was held from 1937 to 1976, and put Wedgeport on the map.

Though it no longer stakes claim to the title of sport tuna fishing capitol of the world, Wedgeport is still quite the little mecca, and continues to attract Anglers from across North America to its Tuna Tournament & Festival each year.  If you’re just dying to hear more (I know you are) you can read all about it at the museum’s website, and even take a virtual tour.

This is it for my Nova Scotia ramblings, I promise, but if you ever get a chance, go… I mean it.  In case it wasn’t obvious, Wedgeport kind of stole my heart.

Upon landing in Nova Scotia, my first thought was that it looked, and felt, like home.

The province is reminiscent of the place I grew up, with its rolling hills, evergreens, and quaint coastal towns, but that’s not the whole story.

Nova Scotia is a place that makes a person want to stay.

We were on our way to an adventure of unknown proportions, fishing 20 miles off the coast of Wedgeport for bluefin the size of bears.  I was ready for the challenge… but let’s be real, I knew absolutely nothing.

Once I was introduced to the chair, the thick twine, the reels as big as my head, well… it was a little scary.  My stomach started to churn, and it wasn’t long before I started to hope for a slow day… just to save me from the embarrassment of the desperate, soul-sucking failure I knew I was about to endure.

But all of that fear was gone as soon as I felt the exhilaration and accomplishment of reeling in an animal so huge.  Mark still can’t stop laughing at the grin I couldn’t wipe from my face.

The stuff is crazy fun.

… and the fun didn’t stop with a little fishing.  Over two days on the water we saw so many whales, seals, and sharks it almost felt commonplace.

I couldn’t help but wonder what my mom would have thought, who used to squeal with glee at the sight of one whale miles and miles offshore, nothing more than a speck.  These guys were practically jumping on the boat. 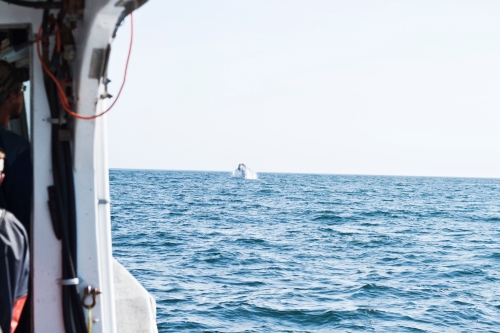 On our last day in Wedgeport, we hopped back in the boat for a visit to the Tusket Islands, full of brightly colored lobster pots and weathered fishing cabins that serve as the perfect picnic spot in the summer, and transform into a bustling village full of fishermen (and women) as soon as lobster season descends. 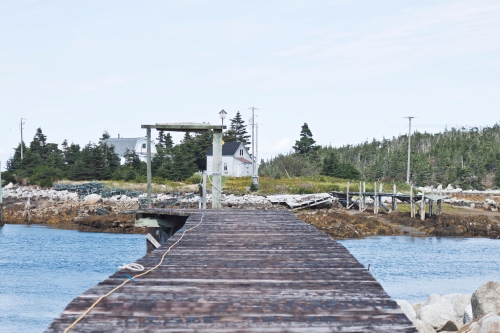 Of course, in season or no, lobster is practically ground beef in Wedgeport, where the softer-shelled pinchers who might not ship so well can be set aside to feed a family for months (or maybe hungry visitors who jump for joy at the delicious-ness of such fresh seafood).

There’s nothing like a place that picks you up and forces you to relax, learn something new, and accomplish something great…

It was tough to leave, but I know we’ll be back.  It will be hard to stay away.

Into the wild blue…

Last Monday, as I dropped our final invitations in the mail, feeling pretty good about my accomplishments, the phone rang.

“So… if you had the chance to do something really amazing, do you think you could get away for a few days?”

Mark’s boss wasn’t able to make a business trip he’d had in the works for some time, and he needed to send someone in his place.

That person was Mark, but (the seriously cool news) if we were both in, we could both go.

So, business… right? I’ve been on business trips before, and most of the time it doesn’t even matter where they end up… those trips are always much less fun than I imagine… sitting in the hotel, attending a conference, or meeting after meeting… staring at the wall… never getting a chance to play.

This was not one of those trips.

On this particular trip, Mark and I were headed to Wedgeport, Nova Scotia for lobster picnics, scallops on the shore, and a whole lot of fishing… for bluefin tuna… which are, oh, about six times my size (nbd).

We were just a little bit excited.

And the trip didn’t disappoint a bit.

Of course, before we go on, I have to mention that I caught the biggest fish (It’s okay, I’m not competitive or anything).

We were on the water for two days straight and came back with a laundry list of shark, whale, and seal sightings (!!) in addition to five fish caught.

Three of five were successfully tagged (no indulging here — though that sashimi does go for a seriously pretty penny out on the market ((yum)) — we were on the ocean in the name of science) and in the end Mark and I had each reeled in two: three in the realm of about 400-500 lbs, and one (mine, hehe) about 650 lbs… which is a pretty serious sport in itself.

But really… the most amazing thing we encountered in Wedgeport was the people: folks that made us feel like family from the second we landed and left us dying to come back… to visit their small town and maybe even steal their lives… because seriously, guys, we’re kind of a little jealous.

What an amazing, wonderful place… this Wedgeport, Nova Scotia. Really — even now — I’m not even sure where to begin.

But I have plenty more to share, so be sure to check back!

Have you ever been fishing for big fish? Or up to Nova Scotia? It was an amazing experience, to say the least.

Sometimes, life has a way of surprising you… in the very best of ways.

We’re off to Nova Scotia today (she says, as if this is totally normal).

No really, we had no idea on Monday morning that we would be doing this today, but it was an opportunity we just couldn’t pass up (and a free one at that) so here we go! I promise to return with tons of pictures of this crazy adventure… goodness knows that with two months of planning to go, I could use a little break from the day to day.

In the mean time, be sure to follow my Instagram feed. I’ll be posting as we go.

Oh, did I mention it’s a tuna fishing trip?

I sincerely have no idea what to expect.

Not only are Leah and Matt beyond gorgeous, this bride and groom are also obviously a ton of fun.

Wondering what the heck I’m talking about? Just scroll a little. There’s kind of no way you’ll be disappointed. 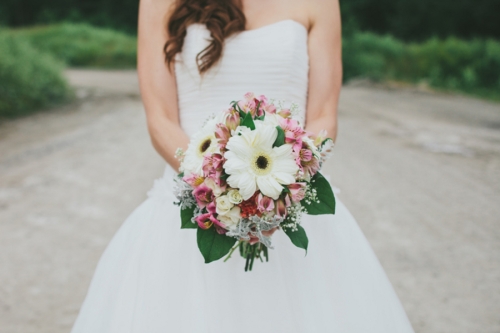 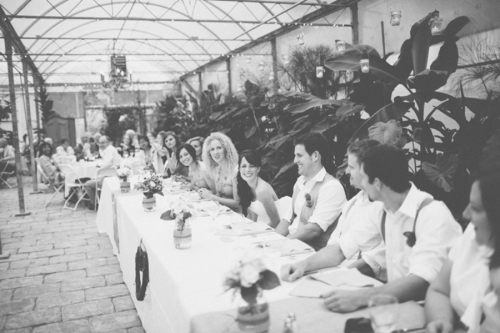 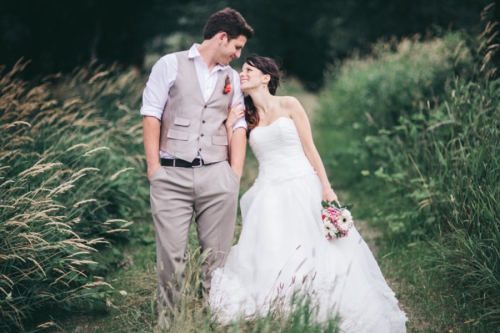 Oh, and just in case you’re not already completely in love? Here’s a little story…

As a teenager, Leah warned her parents that when her wedding day came… she was going to need one very specific thing.

Could you possibly love them more?

Here are a few more details from Matt and Leah’s talented photographer, who captured the day so beautifully…

It was a cloudy overcast day, but you would have never known due to the pure joy that these two had for each other. These two were literally just jumping and giddy the whole day. They had been engaged for just under a year and were more than ready to finally make a commitment to each other. From the bouncy castle that her dad promised her from when she was a kid, to sneaking onto a rock quarry overseeing the Fraser Valley it was an exciting day! The day wrapped up at The Secret Garden at Woodbridge Ponds where the reception was decorated with vintage details and chandeliers!

Beautiful. Thank you so much for sharing, Luke! 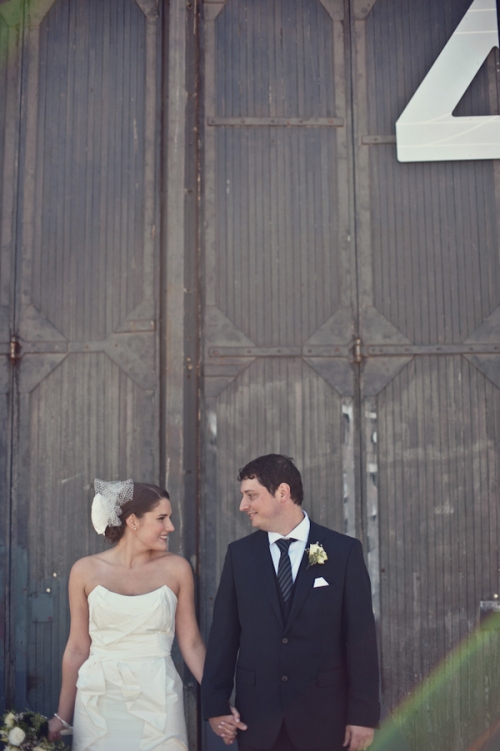 I hope everyone had an absolutely wonderful 4th of July!

This Toronto beauty was just what I needed to help me through the back to work blues. 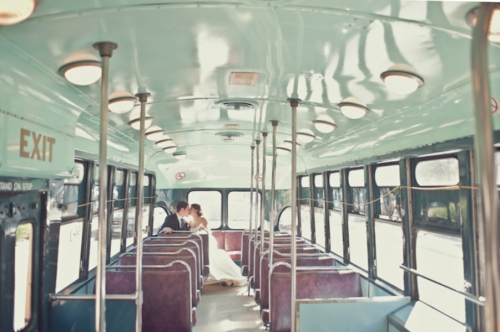 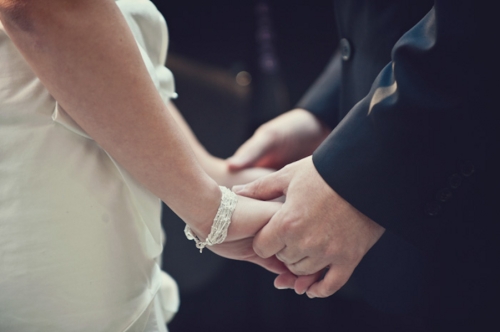 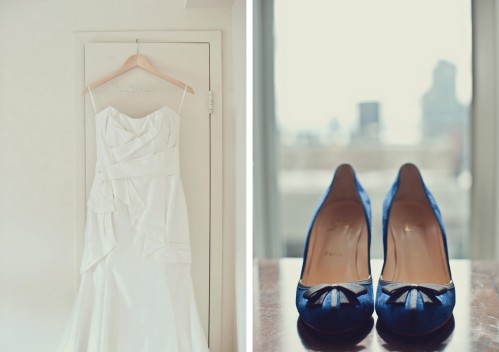 Did you do anything special for the 4th?  Tell me all about your day!  Five whole years and yesterday was the first time Mark has ever made me his barbeque ribs.

He’s been seriously holding out on me.

Jeff & Leah were living in Australia during their engagement and pulled off planning this simple and gorgeous affair from afar.  From those gorgeous flowers to the perogies (lovingly handmade by Leah’s grandma!) that served as a midnight snack… every detail was just perfect. 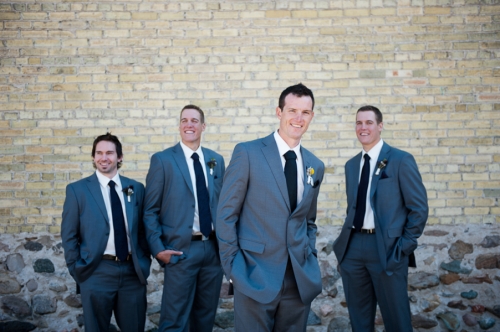 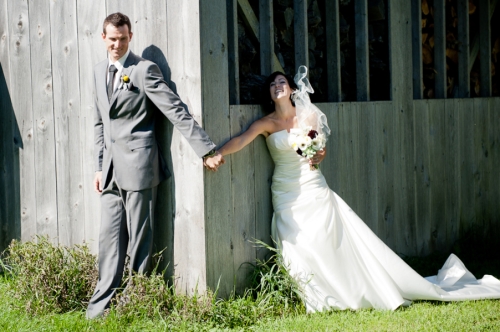 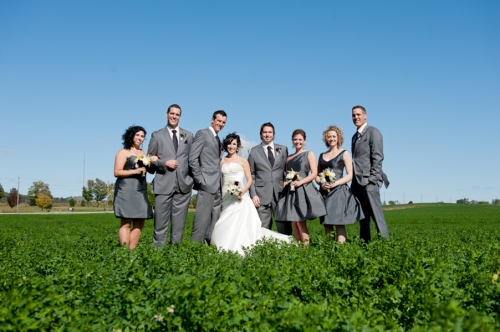 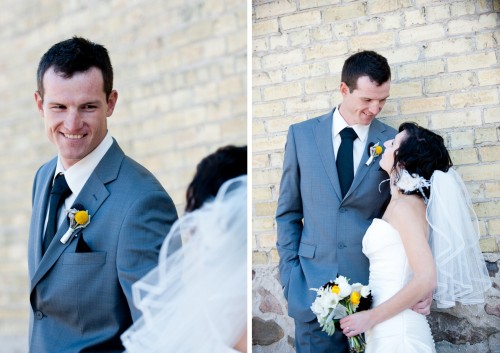 You might recognize today’s couple.  It was only days ago that their gorgeous wedding graced the pages of this blog… but when I saw their film I just had to set it aside for the next Wednesday post.

I hope you enjoy it as much as I did!

megan + cameron || that was fun from Hello Tomorrow on Vimeo.

And here’s a little from Hello Tomorrow’s blog, the lovely folks who did Megan and Cam’s film:

First impressions: The couple came to pick us up at the airport when we arrived in Edmonton. While Cam (the groom) waited in the car, Megan (the bride) came in to get us. All I knew about this couple is that both were lawyers. Naturally I was scanning the airport for a very serious looking woman with a subtle up-do, a grey or black pantsuit and sensible, black high heels. Then I heard “Hi guys!” from across baggage claim. I looked up to see this blonde bombshell with big hair, a tight, bright pink, ruffled dress and super high heels! Not the lawyer I was expecting. WAY better. Then we met Cam. Another not-what-you-would-expect lawyer. Cam has facial hair. Cam looks adorably young for his age. Cam loves the environment. Cam REALLY loves sharks. Cam will save all the sharks.

Besides being an incredibly smart and good looking couple, Megan and Cam are very passionate about helping the environment and helping people. They’re one of those couples that make you feel like you’ve known them forever when you first meet them.